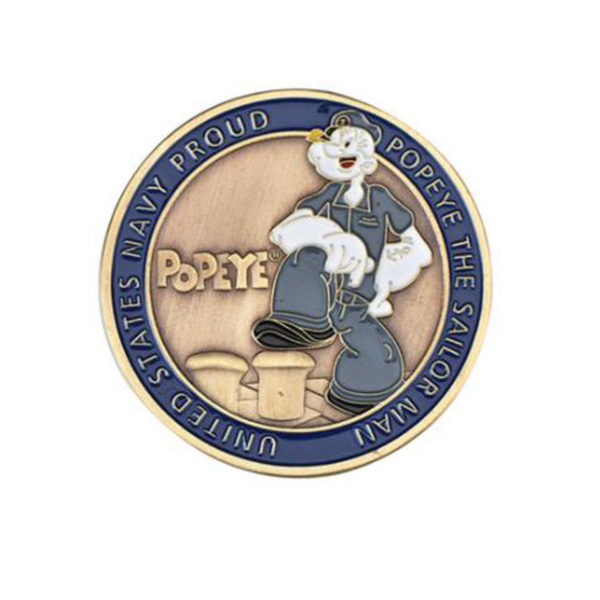 The story on this coin is about the miraculous experience of a sailor named Pepe.

He has his own stubborn philosophy of life, but in the voyage of the seven oceans,

Popeye coin’s philosophy of life has been challenged,

But during the trip, he met the lovely Oliver and traveled around the world together

It’s lighting up in the Empire State Building in New York. Maybe many people don’t know,

He and his girlfriend Olivia are based on real life characters

He looks like a child, though he is very proud,

If you like Popeye, you’re also a collector of coins

Then customize this exquisite Popeye coin

This is designed for you by our designers,